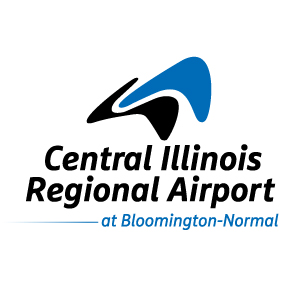 “With this grant, the Bloomington-Normal Airport Authority will now have the opportunity to rehabilitate over one and a half miles of airport infrastructure at the Central Illinois Regional Airport to improve ground crew operations and passenger safety,” stated Rep. LaHood. “Last year alone, CIRA hosted hundreds of thousands of passengers on commercial flights and tens of thousands of aircraft operations. Efficient ground operations are critical for air travel and improvements such as these will allow CIRA to continue to be on the forefront of bringing visitors and business to the Bloomington-Normal community.”

“I’m proud to see that the Central Illinois Regional Airport is receiving this grant, an important step in ensuring that the airport is able to improve and maintain its facilities,” Davis said. “These federal funds will go toward rehabilitating the airport’s taxiway, which will allow the airport to maintain and expand its services and continue to be a transportation leader for Central Illinois.”

“The Bloomington-Normal Airport Authority would like to thank Congressmen LaHood and Davis for their advocacy in securing this important grant for our taxiway project,” said Jay Allen, Chairman of the Bloomington-Normal Airport Authority. “These funds allow us to continue, through the completion of this project, to maintain the highest standards of safety and efficiency on our airfield for our aviation partners in commercial, corporate and general aviation, passengers and employees.”

Congressman Darin LaHood proudly serves the constituents of Illinois’ 18th Congressional District, consisting of more than 710,000 constituents across 19 counties throughout Central and West-Central Illinois. Darin was born and raised in Central Illinois and currently resides in the Peoria area with his wife, Kristen, and their three children.